16 de diciembre de 2019Blog, Ed. Infantilby David Perez
Christmas is close and if you want to know how it feels to spend a British CRIMBO – as it is sometimes called – just keep reading.
The UK Christmas Eve on the 24th December is the last-minute shopping and preparations and the main celebration takes place on the 25th December.

Christmas is a religious festival which celebrates the mass –church service- for the birthday of Jesus Christ. That’s why in many public and private schools, especially at primary level, the Nativity play telling the story of the birth of Jesus, is very popular at Christmas time.
Another traditional British Christmas play is the pantomime (or panto for short) nothing to do with Christmas as it is a slapstick comedy entertainment often featuring men dressed in drag. It takes classic children’s tales such as Cinderella and Aladdin and are adapted for comedic effect to be presented for children and adults involving audience interaction. A visit to the pantomime is as much a part of Christmas as decorating the tree and giving presents.

Carol services are also very popular at Christmas time. The most popular one could be A Festival of Nine Lessons and Carols broadcast on radio from Kings College Cambridge, where hymns about Christmas and readings from the gospels tell the Christmas story.

Chocolate Advent calendars are very popular with Brits. The calendars start with the first day of December so that a new window is opened every day and inside each window there is a chocolate. It’s a fun way to know when Christmas Eve will arrive.

Children write their letters to Santa asking for presents weeks beforehand, but sometimes instead of putting them in the post, the letters are tossed into the fireplace so the ashes fly up the chimney and Santa – who they call Father Christmas- can read the smoke. On Christmas Eve children hang up Christmas stockings –a huge sock to be filled with trinkets- at the end of their beds or above the fireplace. They also leave out brandy and a mince pie (pie filled with dried fruit, spices and alcohol) for Santa and a carrot for the reindeer.

On Christmas Day, families usually get together to watch each other open their presents. Most gather around a Christmas Tree in their house, which will have already been decorated as a family occasion. At three the Christmas Royal message is broadcast and Her Majesty the Queen gives a speech reflecting on the events of the past year.

Christmas dinner is the main Christmas meal traditionally eaten at mid-day or early afternoon on Christmas Day. British Christmas crackers are an important part before British Christmas dinner. It is a brightly decorated hollow cardboard which is grabbed and pulled apart so that a tiny explosive inside makes a loud cracking noise. Inside the cracker there are usually terrible jokes, cheap gifts or toys and a paper crown, which you wear when you are eating your Christmas dinner. The whole family sits together to eat a heavy meal of roast turkey with all the trimmings which means all the extra bits and bobs like stuffing, and little sausages wrapped with bacon, and roast potatoes, and veggies traditionally Brussel sprouts and parsnips. Then you will have Christmas pudding which is a ball made with dried fruit and some brandy which is also poured over the top and then lighted and served in the dark with flames above.

Boxing Day is the day after Christmas Day and when the big post-Christmas sales start. It is also a day when families get together to eat leftovers, watch football and play boardgames.

Christmas Tree and decoration should be taken down within 12 days of Christmas otherwise you’ll have bad luck for the rest of the year. This is maybe a tradition that everyone should adopt in order to avoid keeping them until almost summer. 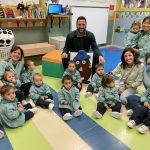 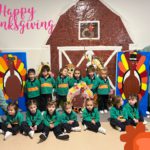